People are puppets and opposite in a workshop version of the movie Being John Malkovich, a fantasy comedy-drama film (by Spike Jonze and Charlie Kaufman) who follows a puppeteer who finds a portal that leads into Malkovich's mind.

The puppet version is made by and with Bachelor students in Acting and Scenography at Norwegian Theatre Academy, Fredrikstad 23 – 27/1/2017.

Puppets from the archives of Norwegian Theatre Academy. Made by Josef Vitek, Department of Alternative and Puppet Theatre at DAMU, Prague, approximately 1990. 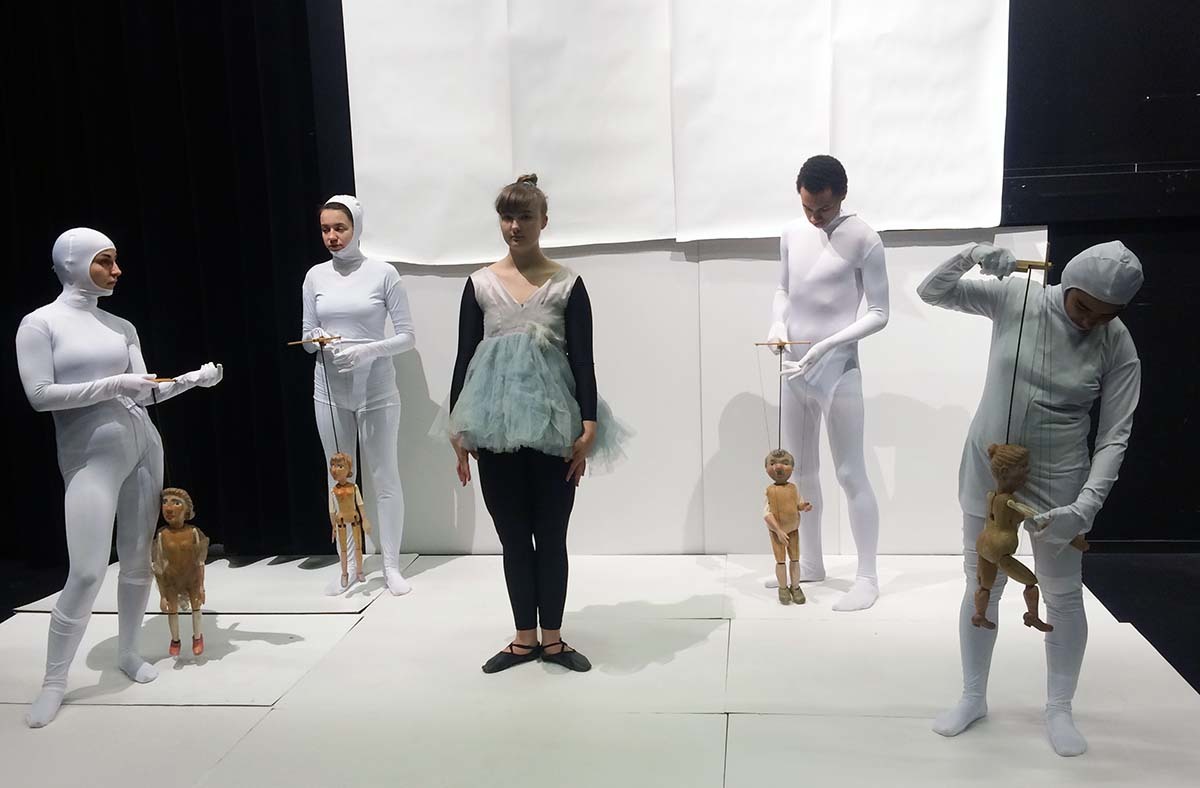