Silent movie about not being able to get a Gin Tonic in Bonn, the former capital of Germany. Based on a story by Dag Solstad. From Eurohæ? by Baktruppen.

Baktruppen sent the author Dag Solstad on interrail from Moscow to Dublin, and made a floppy Euro horror show based on his reports.

The short film was shown in the competition for Norwegian Short Films 2001 in Grimstad, Norway, and at Festival de Premiers Plans, Festival d’Angers, Paris. 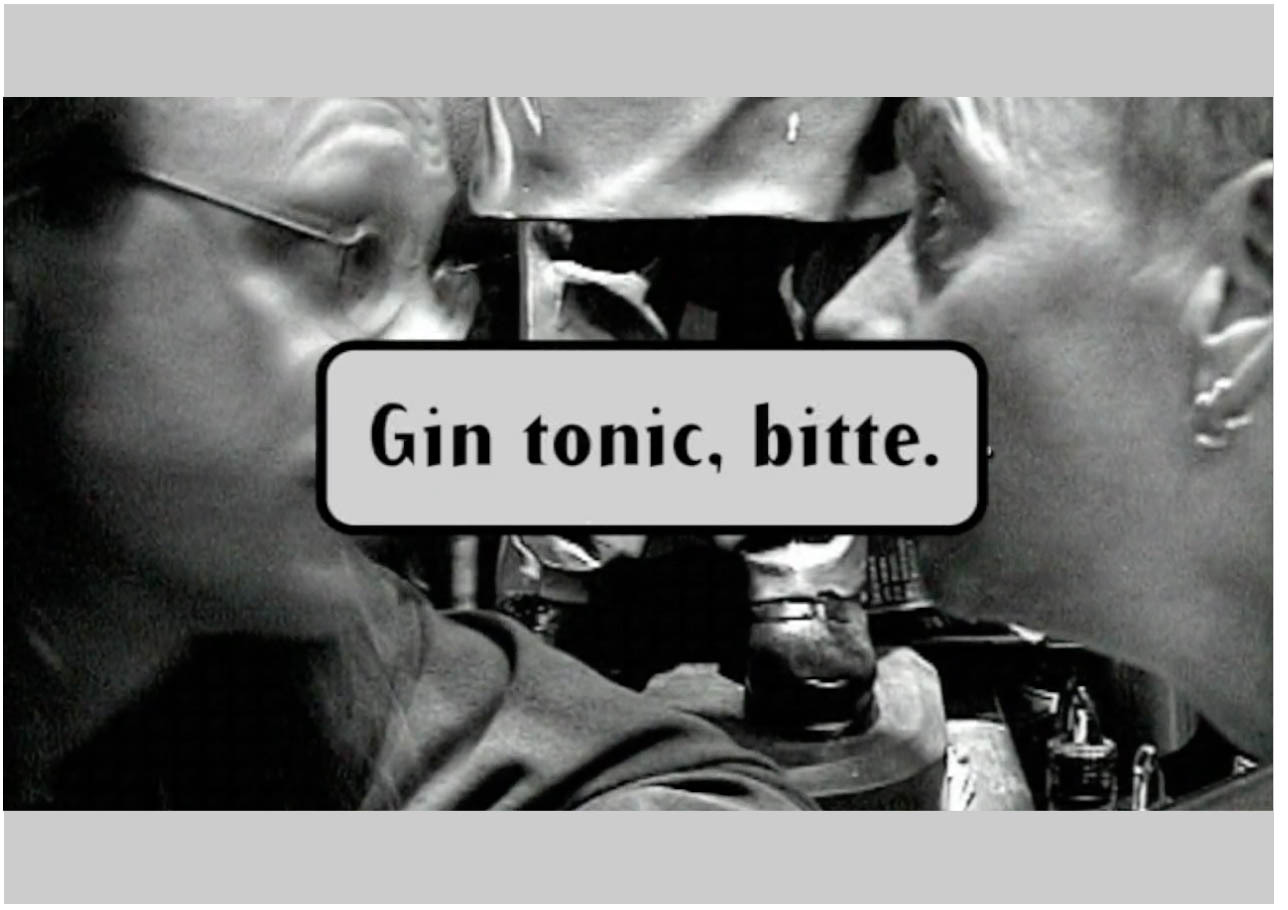